Dolly: The parallel that you would never imagined between Rockets in heels that I kind of saw was , in Rockets there was this stagnation in the industry produce by risk of version from the customer, the number one procure or buyer of rocket launchers is the US government

Dolly: They’re willing to pay the extra margin and didn’t care about doing it better, faster, cheaper the way that we did it SpaceX. They just wanted to buy the most reliable flight and access to space 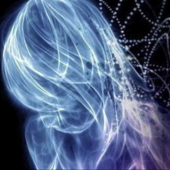 Will Henshall – How To Focus, Rising to a Greater Level Through Community